Two Capricorn Beetles, classified as extinct in the UK, have recently been re-homed at Stratford-upon-Avon Butterfly Farm! 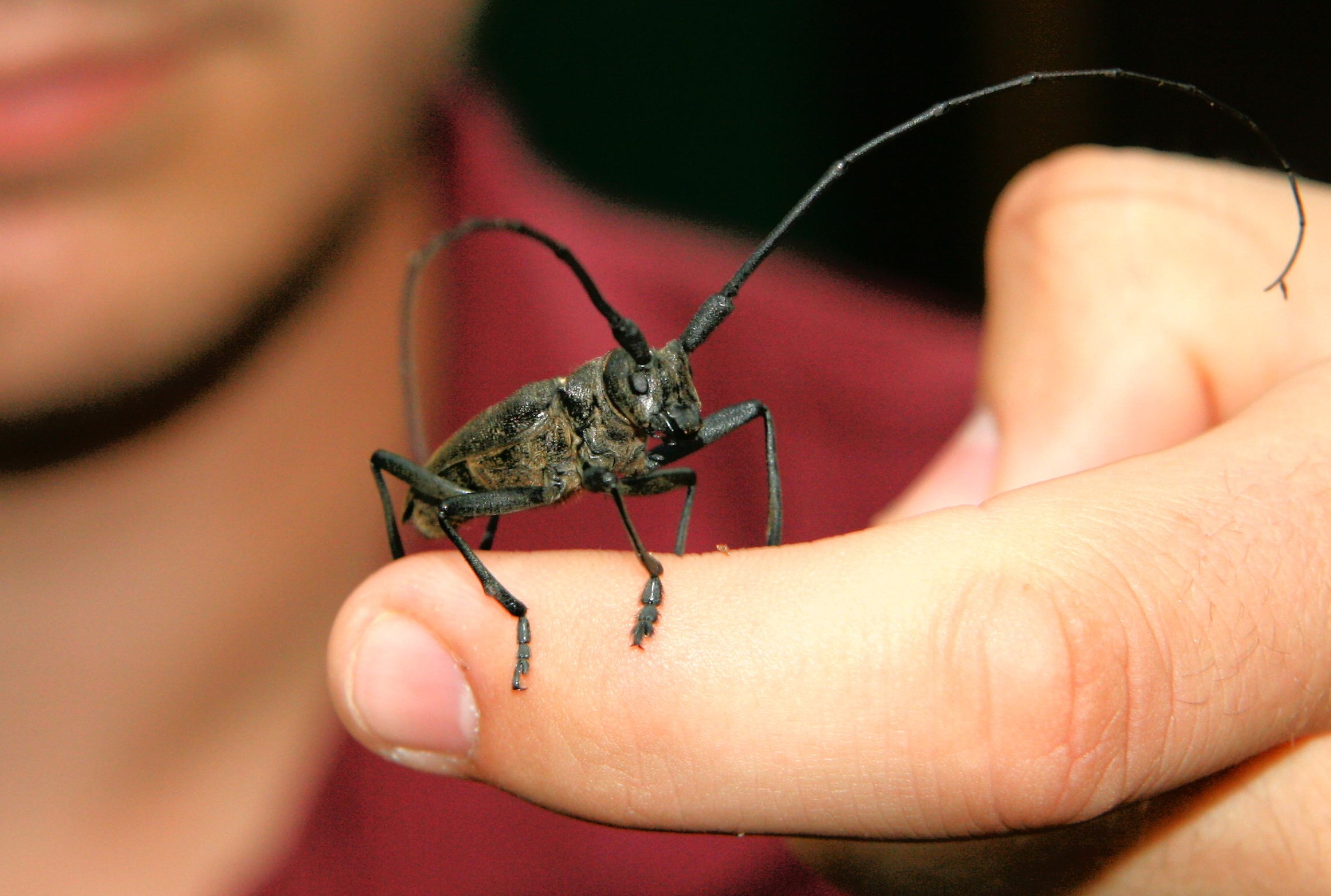 One of the beetles was discovered in timber by builder Tim Parker of Hempton, Oxfordshire, the other had been found by a member of the public. Experts at the Butterfly Farm suspect that the Beetles came in on the same batch of timber imported from Central Europe. The wood had been infected with Beetle grubs that had then pupated and emerged, much to the surprise and fascination of Tim.

These wonderful creatures are now on display within Minibeast Metropolis for visitors to view. The last time the Butterfly Farm had a Capricorn Beetle on display was back in 2012 when it was imported on an oak beam from Germany.

The Capricorn Beetle, also known as Cerambyx cerdo is a long horned, woodboring Beetle that has been extinct in the UK since the early 18th century but can still be found in parts of Central Europe where they are considered rare. The Beetle is one of Europe’s largest species from the Longhorn family, easily recognised by their long antennae.

The Beetles are increasingly rare because dead trees and rotting timber are generally ‘tidied up’ from woods and forests leaving no food source for the beetles’ larvae. In timber the grubs can wreak tremendous havoc as they munch through the wood, leaving large hollow chambers. They spend over two years as a larva, tunnelling through wood before pupating and finally emerging as an adult for a brief life in which to mate and lay eggs.

Jane Kendrick, Marketing Manager at the Stratford Butterfly Farm stated, “We are delighted to have re-homed these two beautiful Capricorn Beetles and are grateful that Tim brought them to the Butterfly Farm to add to our fantastic range of insects!”