Half Term at the Butterfly Farm

It's going to be a spooky half term at the Butterfly Farm, with plenty of spiders, pumpkins and creepy crawlies to keep the whole family entertained! 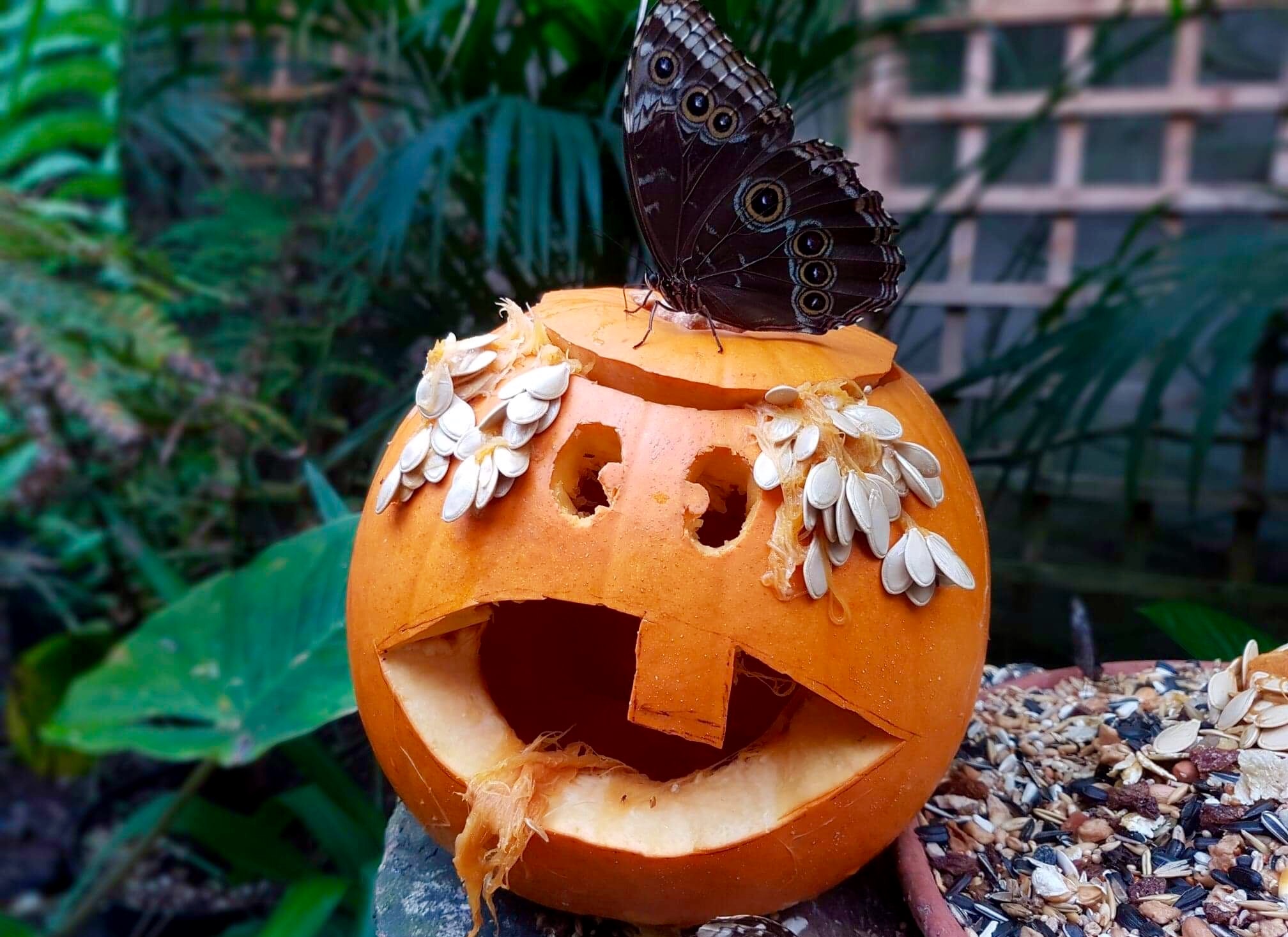 Discover an assortment of creepy crawly spiders at the Stratford-upon-Avon Butterfly Farm during half term from 26 October – 3 November. What better way to spend the scariest day of the year than being surrounded by at least 8 different spiders and tarantulas including the latest inhabitant, the Huntsman Spider in Minibeast Metropolis! On 31 October, join the team for some Halloween fun and dress up as your favourite Halloween character!

We will also be showcasing our new high bay lighting system, a combination of blue, red and white LED lights. Even on the dullest of days the Rainforest Flight Area is now drenched in light and colour enabling the butterflies to stay active.

Recently brought to the Farm by the RSCPA is a Huntsman Spider which came from Colombia on a bunch of bananas! They are known by this name because of their speed, size and mode of hunting. The Pumpkin Patch is a stunning, beautifully coloured spider which also originates from Colombia. Its name is derived from its distinctive, brightly coloured orange and yellow abdomen markings. The Red Back spider, also known as the Australian black widow, is a species of highly venomous spider.

The Brazilian Red Fire is found in the rainforests of Brazil and spends much of its time in underground burrows. The Mexican Red Knee can live for 30 years and will grow to 15 cm. They often hide under logs and rocks to protect themselves from the Mexican sun. The Chilean Rose Tarantula originates from Chile and is a tame and docile species of tarantula. It is well known for its lovely pink colouring to its body.

The Goliath Bird Eating Spider is found in northern South America and is the largest spider in the world by mass and size but is second to the giant Huntsman spider by leg span. The Orb Web can be found in a large hoop suspended from the ceiling however the spider is kept behind a protective barrier and will not leave her hoop. Orb web spiders make the classic orb webs frequently seen in gardens, fields and forests.

The Butterfly Farm will also be holding their popular ‘Meet the Mini-Beast’ handling sessions in the Discovery Zone. Twice a day, children and adults can take part in spooky handling sessions with the Education Team and hold creatures such as a giant African Millipede, African land snail, Madagascan hissing cockroach and a variety of stick insects!