A Spooktacular Half Term at Stratford-upon-Avon Butterfly Farm!

Get up close to a Pumpkin Patch with a difference and come and see our stunning Tarantula this Halloween! 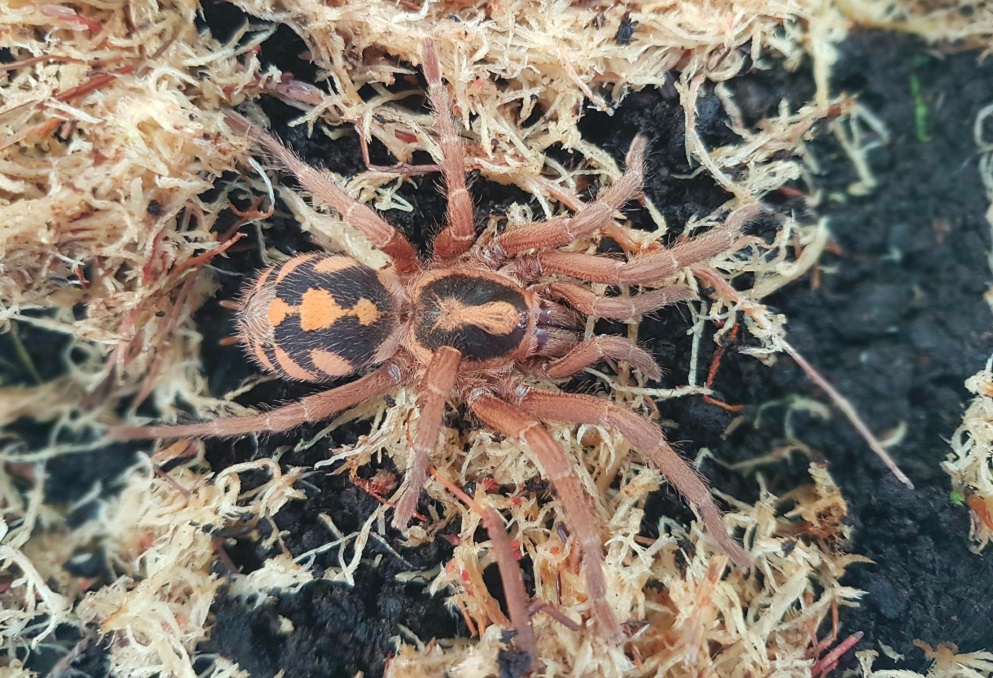 The Stratford-upon-Avon Butterfly Farm is welcoming a new resident in time for the October half term and Halloween, aptly named The Pumpkin Patch, this stunning, beautifully coloured spider is new to the Butterfly farm and will be on display in Minibeast Metropolis. Originating from Colombia, the spider’s name is derived from its distinctive, brightly coloured orange and yellow abdomen markings. Although fairly small in size, this spider has plenty of attitude!

We will be holding our popular ‘Meet the Mini-Beast’ handling sessions, 27 October – 4 November, in the Discovery Zone. Twice a day, children and adults can take part in spooky handling sessions with the Education Team and hold creatures such as a giant African millipede, African land snail, Madagascan hissing cockroach and a variety of stick insects! There will also be beetle demonstrations in the Discovery Zone which will explain every stage of the beetle’s fascinating lifecycle.

Over in Minibeast Metropolis you can find a wide variety of beetles on display including a Radiant Sun Beetle - a type of Scarab from the Middle East, Dung Beetles from Africa, a Giant Atlas Beetle and colourful Jewel Beetles from Asia.

Join Team Butterfly on October 31st for a bit of Halloween fun and visit the Butterfly Farm dressed up in your spookiest Halloween costume. Mwahahaha!